In October of 2014, all of the members of the Elgin Piecemaker's Quilt Guild, signed up for a challenge!  These are always fun to do, but can really stretch us.  We received two F8ths of Kaffe Fasset fabrics and we could add as many fabrics as we wanted, but could not purchase more of the focus prints.  The instructions were to make anything we liked, but the perimeter had to be larger than 40" and smaller than 100".  In April, we got together for the "grand reveal".  Everyone did a great job of keeping it totally secret :-).  (Click on the photos to enlarge them.)

After the judges were finished deciding on first and second place, based on workmanship, use of fabric, etc. there was a viewer's choice vote.  It was really difficult to chose which one was our favourite!!  Here are all the other challenge projects: 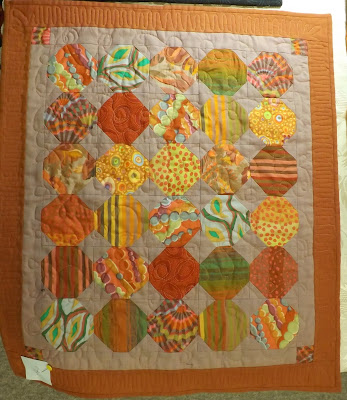 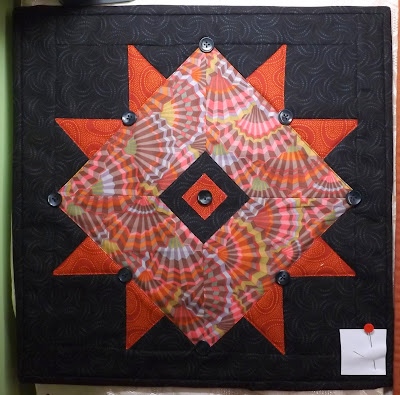 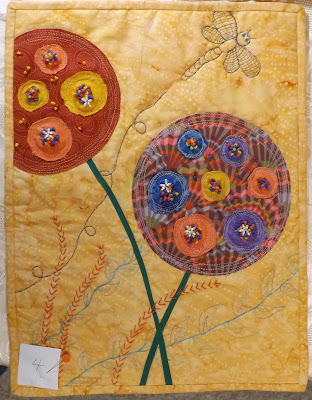 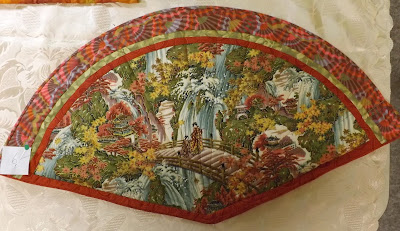 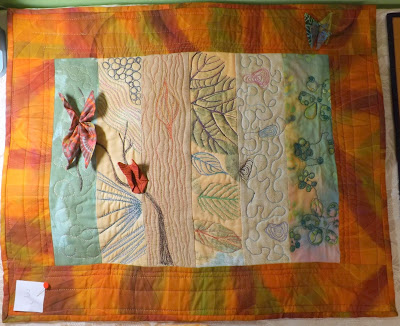 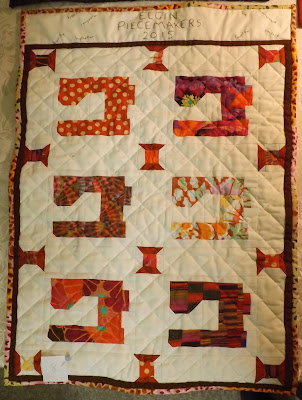 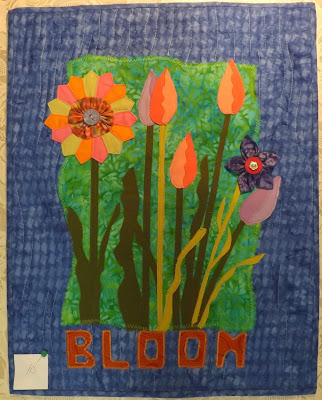 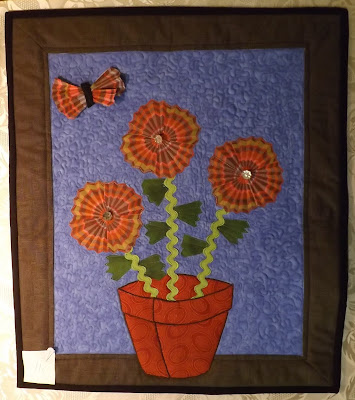 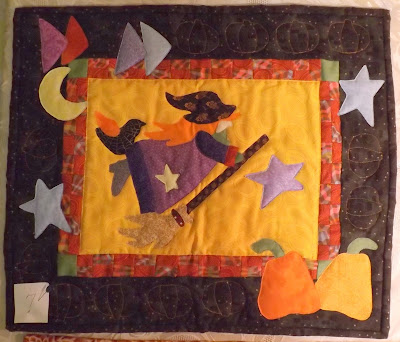 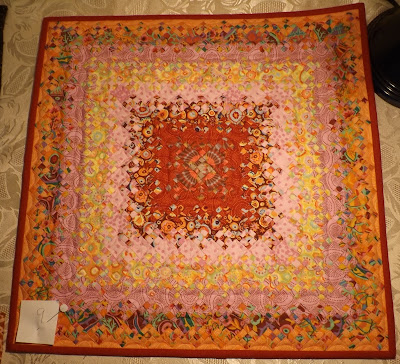 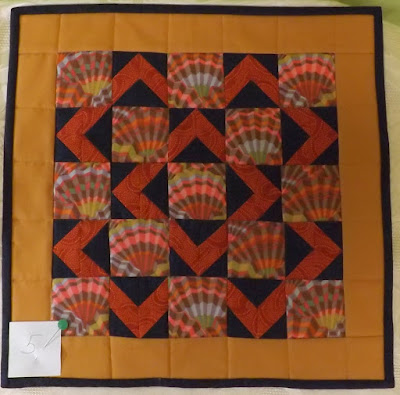 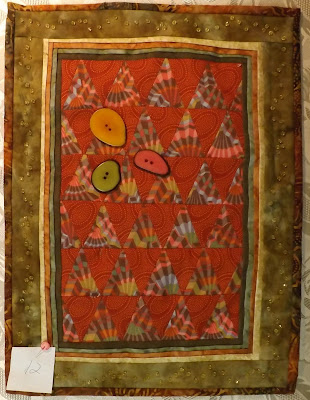 This was a very fun challenge and the prize?  Well, Diane and I "get" to plan the challenge for next year and be in charge.  We're going to put together a real difficult one as payback LOL.
Posted by Jacqui's Quilts at 21:08 1 comment:

In my last blog post, all the quilts in the Hearts and Hands exchange are shown.  Here are a few more pictures of my quilt the right way up as well as closeup photos of the spectacular quilting job by Cathy Shepherd of Eagles Wings Quilts. The pattern is Four Patch Charm Quilt by Tamarack Shack.  She used a technique to make the blocks from a Missouri Star you tube video.  I have enough fabrics left to make another one of these quilts..perhaps I will do a different layout with the blocks.  The binding is done with 12" strips of all the fabrics. (Click on the photos for a larger picture.) 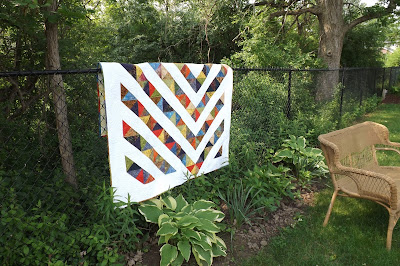 In the fall of 2014, we chose a focus fabric and everyone purchased a 1/4 yard strip of fabric for each person participating.  We had a total of 18 pieces in the exchange.  Today we got together for a very fun morning of show and tell to see what everyone did with their fabrics.  Some of the tops were not finished and some binding was still warm when it got to the meeting LOL, but 13 of us were able to show what we were doing.  We also had the quilt from one member who was not able to make it.  Here are some photos of the grand reveal (click on the photo to enlarge it for a better view):

It is always amazing how different all the projects are when each person started with the same set of fabrics.  We are already brainstorming ideas for our next challenge :-)
Posted by Jacqui's Quilts at 22:28 1 comment: